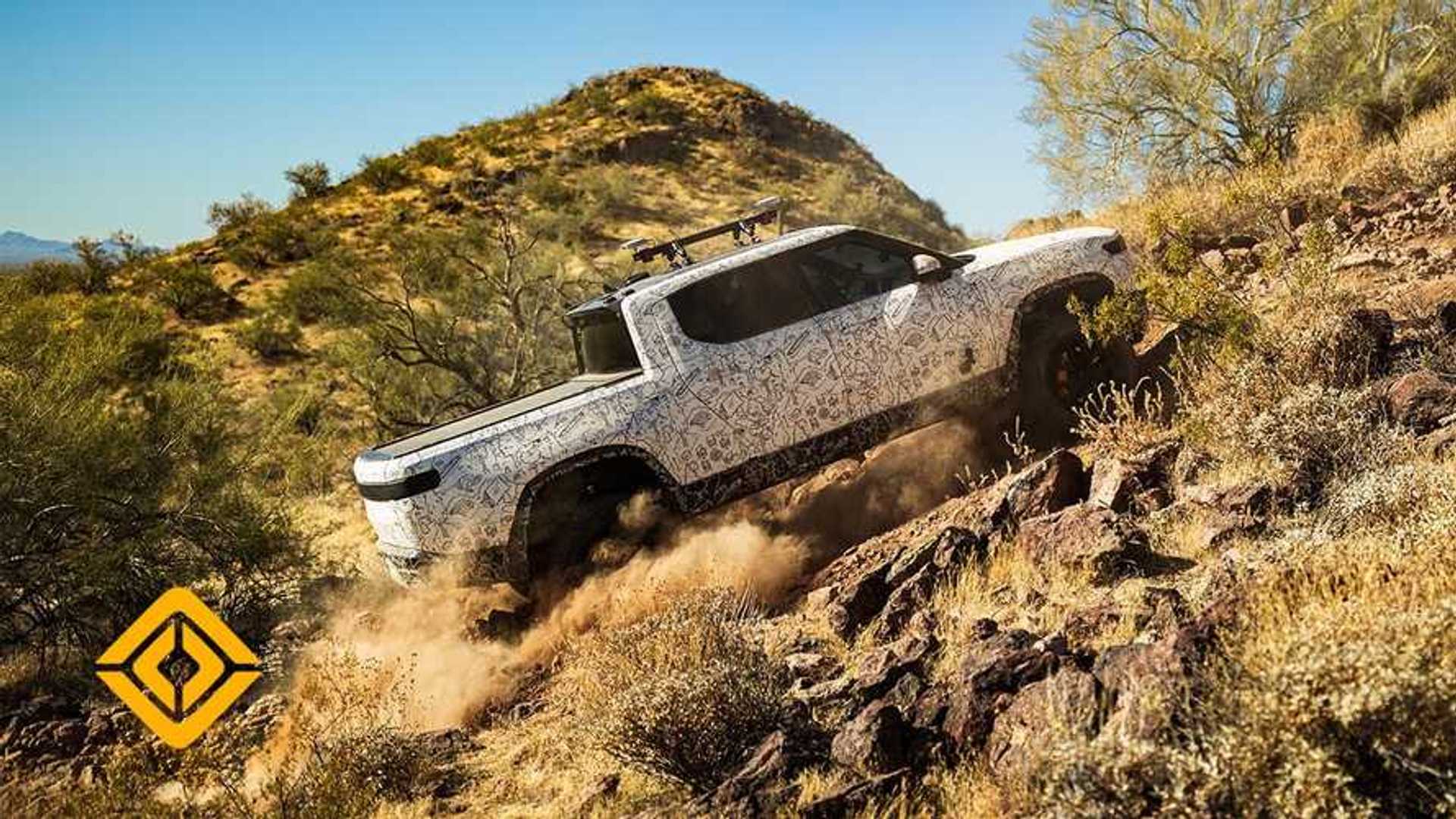 Rivian's official YouTube channel provided a delectable array of appetizers yesterday. We say appetizers since its videos are typically short, to the point, and quite tasty. The above video – 'To The Max' – is the longest, clocking in at just over a full minute and a half.

The title is fitting since it features an R1T electric truck testing, to the max, in the Arizona desert. You'll see some rock crawling, as well as plenty of off-road fun and a bit on track time on and off the dirt. Rivian jokes that the electric pickup truck is actually not officially in camouflage since it didn't change out the signature headlights.

If the video above is just too long for your busy lifestyle, no worries. The people over at Rivian also added three performance testing videos that are shorter and more specific. The first pushes the R1T to its limits with launches on the desert sand. It's only 18 seconds long, but that's more than enough footage to get the drift.

Speaking of drift ... the video embedded below is another performance testing feature that showcases the R1T's ability to drift. It's like the Saharan Dust Cloud at the end.

We've said before when sharing Rivian's drifting videos and those with the 'Tank Turn,' we'd like to see these on the pavement. As expected, it can drift on the dirt and sand. While we have no doubt it can do the same on hard surfaces, we'd love some good footage of the feat.

The final video shows a quick clip of the Rivian R1T blazing down a narrow and twisty desert trail.

It's important to note that all testing was performed in a closed environment. Safety is of the utmost importance.