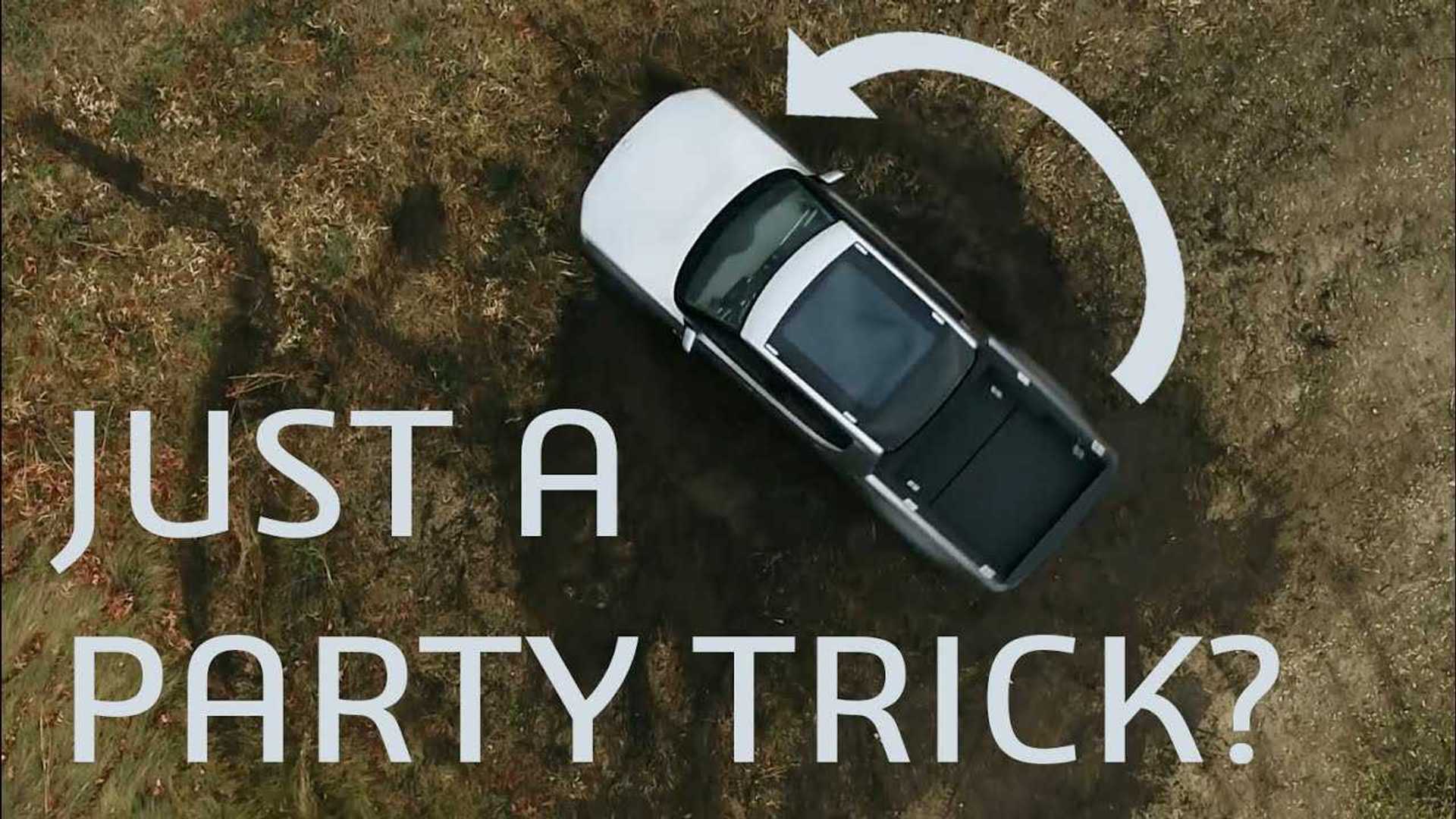 Is The Rivian 'Tank Turn' A Useful Feature Or A Party Trick?

A few months ago, we shared a video of a Rivian R1T all-electric pickup truck doing a tank turn. It actually spun in a perfect circle, "on a dime" so to speak. However, it didn't take long to figure out that the video was computer-generated. In fact, not long after we shared it here, it was removed from YouTube.

More recently, Rivian tweeted out the following video and posted it on YouTube:

Tank Turn. Available on the R1T and R1S :) pic.twitter.com/AsRKnFJGWr

According to the startup electric automaker, both the R1T and R1S SUV are capable of the zero-radius turn. However, this is probably not something amateur drivers should be attempting, and especially not doing often. It's also important to note that while it may work well on loose dirt or snow, it's likely a terrible idea on the pavement.

At any rate, the guys fromYouTube channel Ride Rivian discuss the feature. They wonder if it will have any notable real-world uses or just prove to be something to show off to your friends on occasion.

Check out their video commentary. Then, let us know what you think in the comment section below.

In addition, head on over to our Tank Turn thread on Rivian Chat R1T forum for more discussion about this feature

Is the Rivian Tank Turn Just a PARTY TRICK?

We discuss the newly announced tank turn that will be available on the Rivian R1T and R1S. Is it actually something useful or is it something that's just fun to show off to your friends?