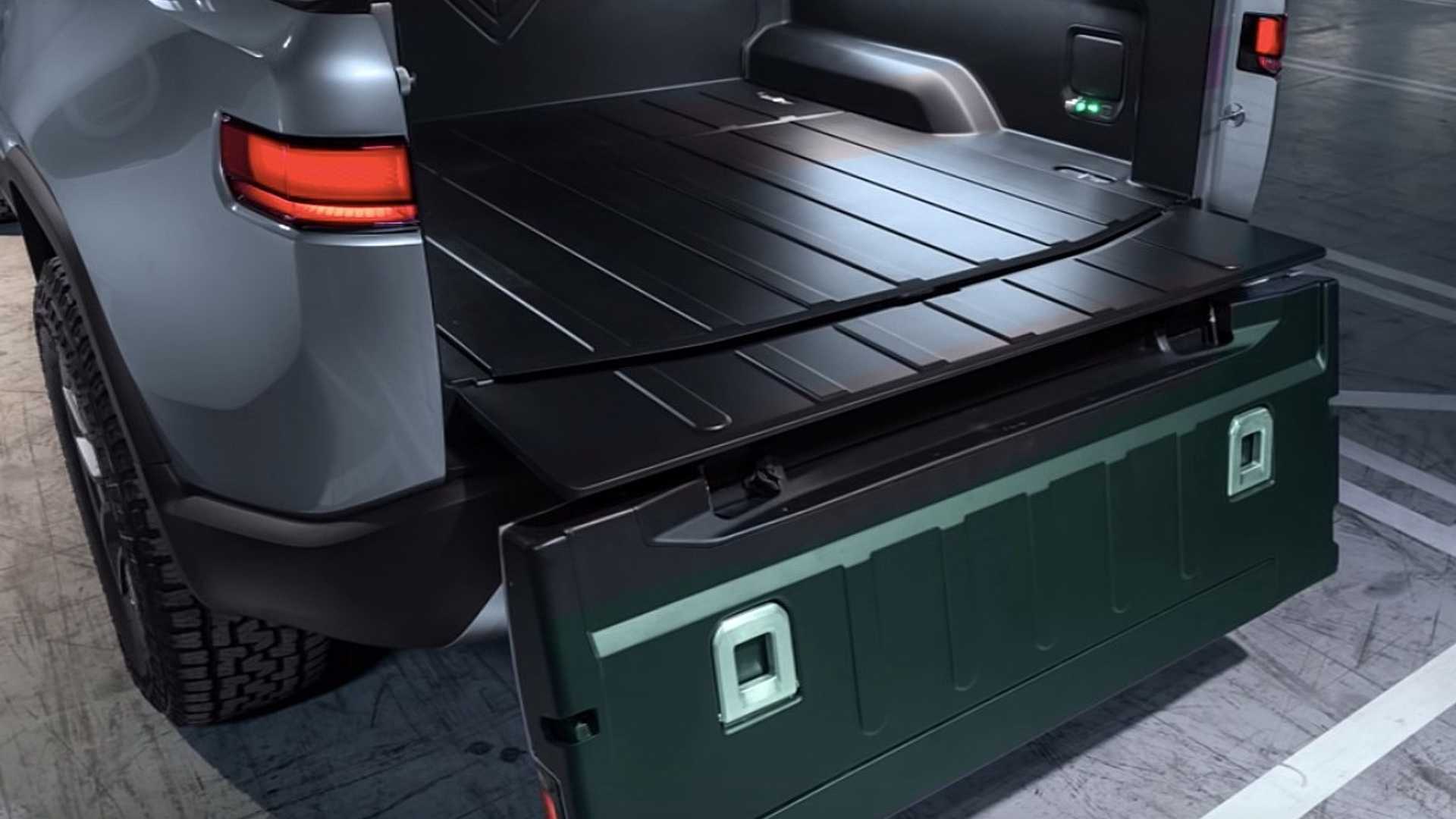 Is this the slickest tailgate we've seen to date?

The tailgate war is on among pickup trucks and perhaps this take on it from Rivian with its R1T truck is the best multi-function tailgate out there.

A tailgate is no longer just a tailgate. These days, tailgates feature built-in storage, pull out steps, drop-down sections that function as steps and even some tailgates that open both down and swing out in a split design. The versatility of trucks is ever-expanding and that has led to putting much thought into tailgate operation and use.

In steps Rivian with its idea for the R1T tailgate. Called the Swing and Drop Tailgate, Rivian describes it in the patent filing as follows:

“One drawback to this motion is that the tailgate now protrudes rearward of the vehicle, blocking the user from standing closer to the vehicle."

“Other motions of a tailgate, such as a side-hinged tailgate that opens to the side may allow a user to stand closer to the vehicle, but this motion requires significant clearance and does not allow the increased horizontal space that the dropped down tailgate provides. It would be desirable for a tailgate to be capable of more than one motion, along more than one trajectory, to more conveniently adapt to a user’s needs."

The only major drawback we see to this design from Rivian is that if the truck was equipped with a hitch, the tailgate might contact it as it drops down. A solution could be some sort of sensor that warns the use of contact.

Check out some of the other tailgate setups in the video below to compare them to Rivian's design seen in the image above.

Who has the trickest tailgate? Let's find out!