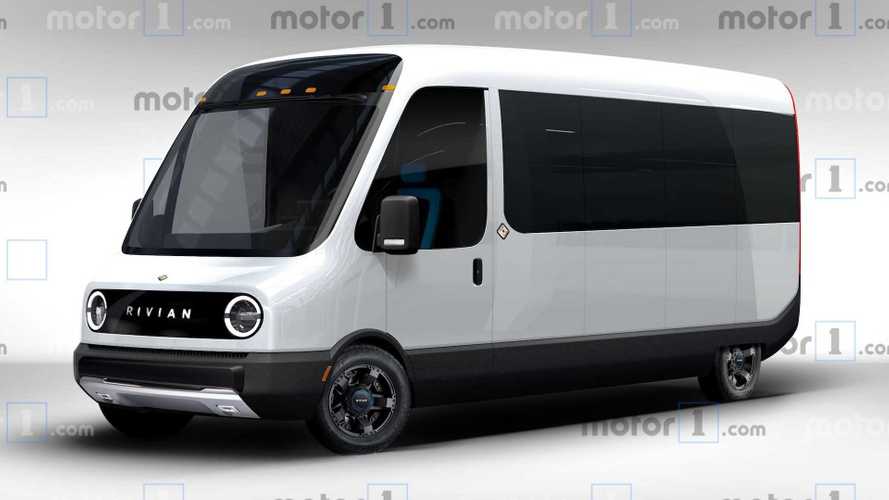 Rivian has carved out a nice niche for itself as the rugged alternative to competitors like Tesla. The American EV brand's R1T pickup and R1S SUV concepts look tough, at least, and when they hit the market the two will undoubtedly emphasize things like off-roading and overlanding. With that in mind, our rendering artists created a virtual vehicle that's sure to appeal to Rivian fans ready for the outdoors.

This is what a Rivian RV could look like. It does borrow some elements from the brand's current styling, most obvious being the minimalist front fascia. But otherwise, this is a unique styling exercise for Rivian. The bold "RIVIAN" wordmark upfront, surrounded by a gloss black finish, is unlike anything we've seen on a Rivian concept before, and the round LED headlights replace the upright oval elements found on the R1T and R1S.

But could this Rivian RV become a reality? We've rendered a Tesla RV in the past, but at least Elon Musk's plans of an electric semi make sense as the platform for the proposed concept. Rivian only has the R1T and R1S concepts currently, but its recent partnership with Ford could open up the range to endless possibilities – RV included.

Ford invested $500 million into the EV startup back in April. According to the two companies, the partnership will spawn a new electric vehicle using the Rivian skateboard EV platform developed by the company at its Normal, Illinois production facility. Maybe Ford's long-standing Transit van could act as the basis for the Rivian RV rendered here. Hey, we can dream.

Whatever the case, Rivian expects to hit the market soon with its electric R1T truck and R1S SUV. Let's hope that an RV is on the docket down the line. And let's hope it looks something like this.