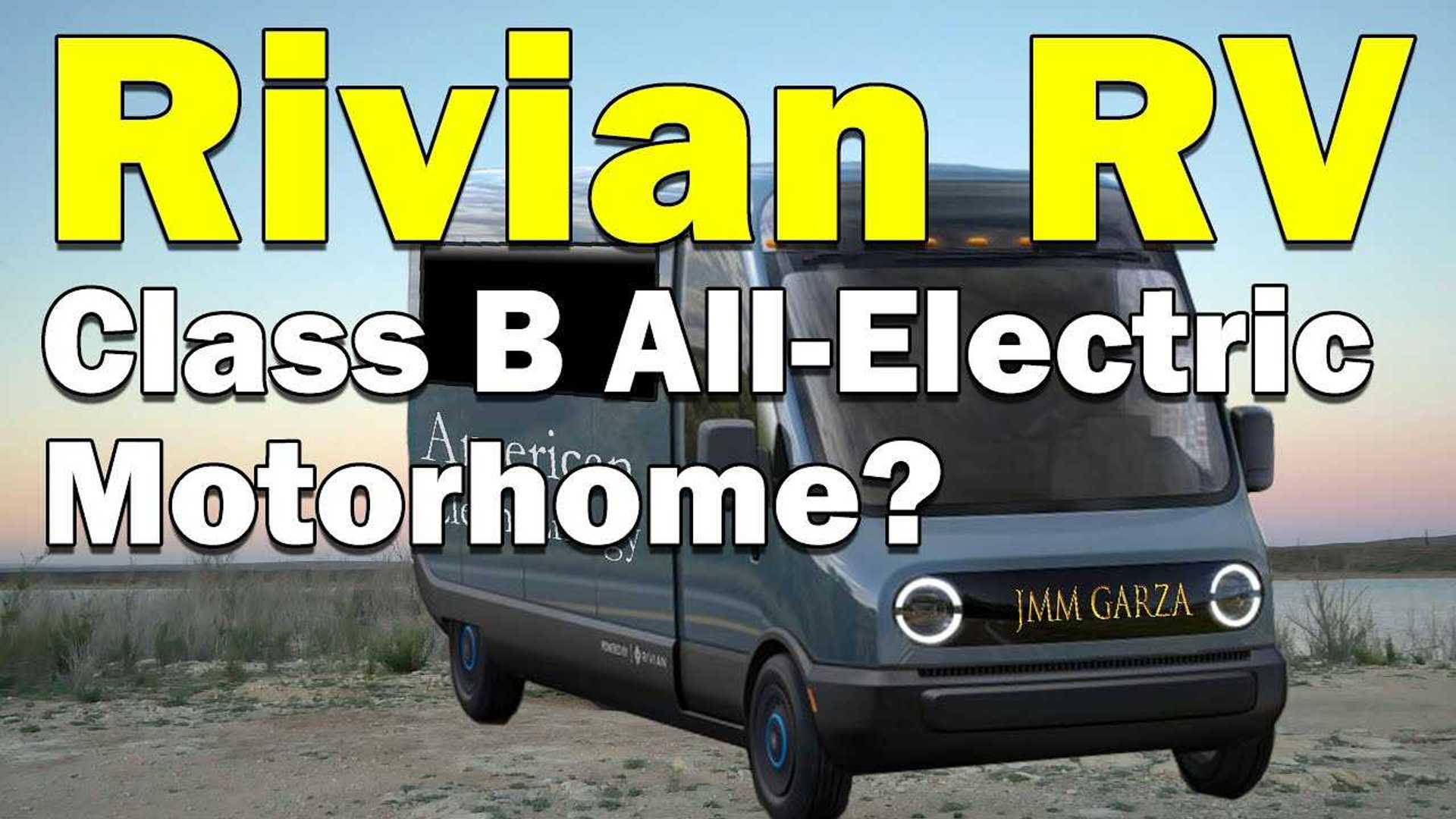 With the debut of the Rivian/Amazon van, an electric Rivian motorhome is easy to imagine.

Rivian doesn't yet make an electric motorhome/camper, but it seems with Rivian anything is possible. This render imagines a camper based on the Amazon Rivian delivery van.

Rivian was recently contracted by Amazon to build some 100,000 electric delivery vans. Well, if you're already building a big van, then why not venture into the motorhome segment too. That's precisely what we see here in this rendering.

It's not much of a leap from a full-size cargo van to a motorhome. In fact, the Sprinter van is one of the most popular motorhomes out there and presumably this Rivian electric van would be of similar size to the largest Sprinter offering.

With this size vehicle, a whole lot of battery can be fitted. If Rivian chooses to go the electric motorhome route, then the automaker would likely offer several range options, each with different battery sizes, as it will with both the R1T pickup truck and R1S SUV.

Over the years, there have been a few electric motorhome renders, such as this Tesla one based on the Tesla Semi below (details here):

But the Tesla Semi will be a low volume vehicle, so we don't see Tesla venturing out into this segment. However, with Rivian's 100,000-unit order already out there for a big electric van, the transition to a motorhome would come with relative ease.

Would you buy a Rivian electric motorhome? Let us know your thoughts in the comments below.