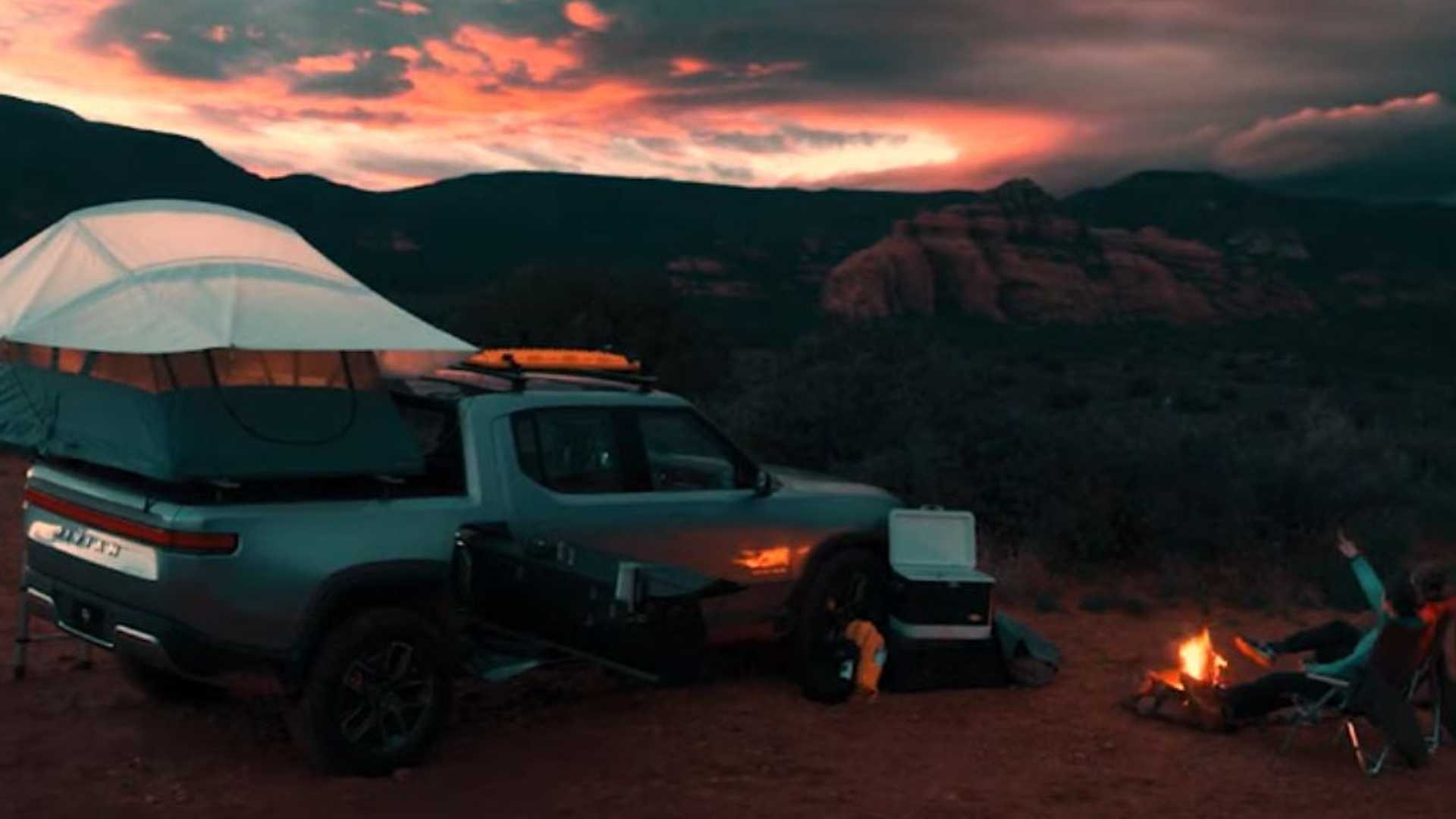 Rivian R1T Electric Truck: Camping Out And Cooking In The Wild

Rivian says everything tastes better when you're cooking with a view of Coconino National Forest’s famous red rocks.

Rivian refers to its upcoming vehicle lineup as "Electric Adventure Vehicles." Its first two offerings will be the R1T electric pickup truck and the R1S electric three-row SUV. Since the company has fully revealed itself, there has been a regular influx of information supporting the "adventure' theme.

While Rivian's vehicles are sure to be highly capable in many ways, the automaker is also touting the lineup's utility and versatility. If you're not familiar, the R1T has a unique "gear tunnel," which has multiple uses.

Rivian has demonstrated a fully functional, pull-out kitchen that fits into the tunnel and will be a fantastic asset to people who enjoy camping. At first, we thought this might just be a gimmick, but the automaker has clarified that the optional add-on will be available for purchase. To top it off, a tent fits right in the electric truck's bed.

Rivian recently took the R1T out into the wild for some camping and cooking, complete with an amazing view of Coconino National Forest’s famous red rocks. The automaker also tweeted out the video and information. In reply to a question about when the R1T is going to be released, the company reminds that production will start in mid-2020, with the first deliveries coming later in the same year.

Our team set off for Sedona, AZ to test our camp kitchen prototype. Conclusion: Everything tastes better when you’re staring at Coconino National Forest’s famous red rocks. Read all about it on our blog: https://t.co/gzbxD0m56t pic.twitter.com/pUvHRLc3zk

We're taking pre-orders right now at https://t.co/qW3VdFAnXR! Let us know if you have any additional questions.

Cooking in the Wild