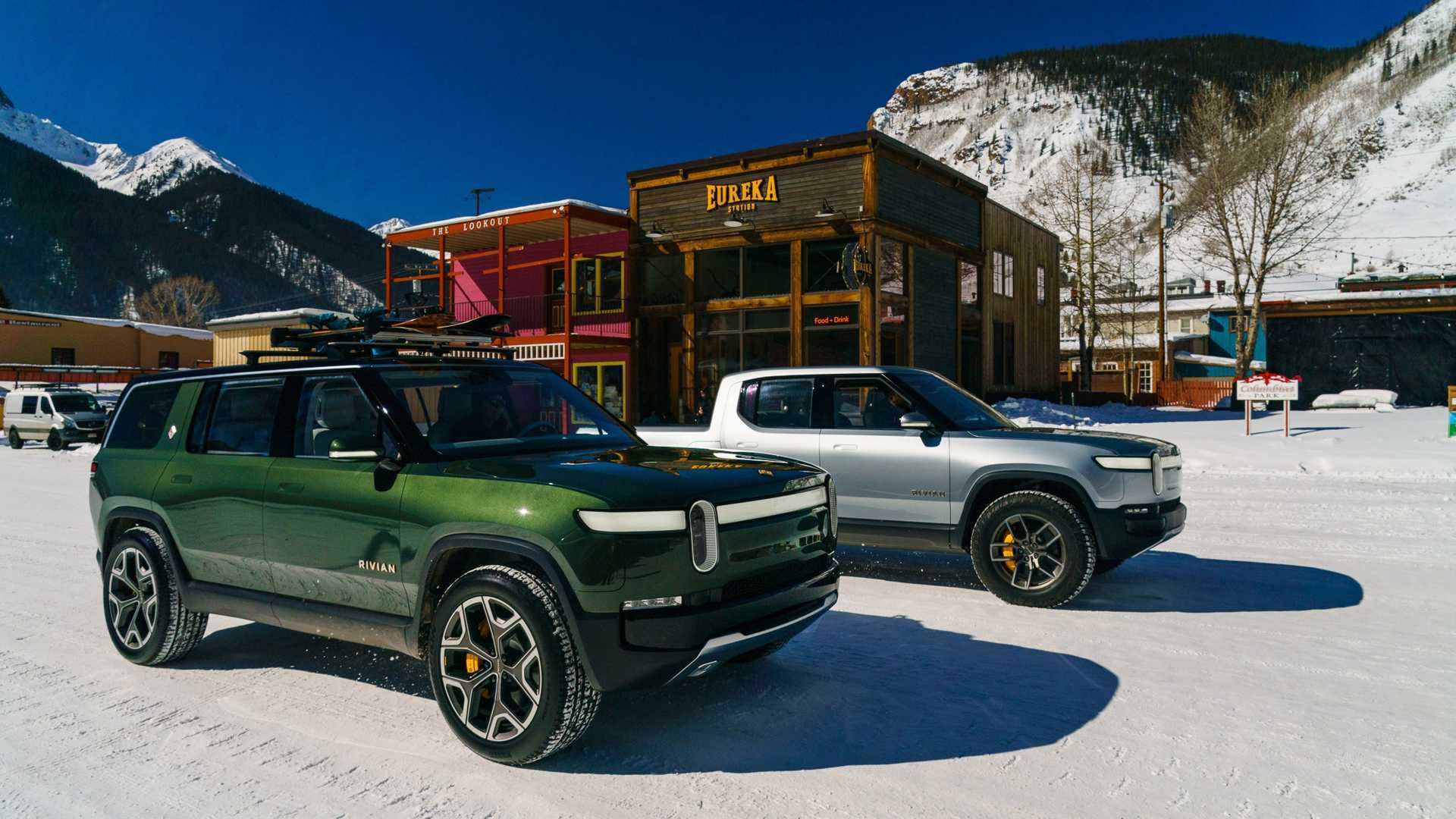 Rivian vehicles will offer unique charging solutions, such as being able to charge one another.

Clearly, there's a growing list of publications that want to interview Rivian CEO RJ Scaringe. Thus, the automaker's upcoming all-electric R1T pickup truck and R1S three-row SUV are beginning to get a lot more attention. The best part about this situation is that we get fresh information on a regular basis.

The Drive recently interviewed the Rivian chief, and our friends over at Teslarati gleaned some valuable information about the company's battery tech and innovative charging options. Included in the interview are comments by Scaringe that point to vehicle-to-vehicle charging.

We were already aware that Rivian's vehicles will offer a massive battery pack. In fact, the 180-kWh beast will be one of the largest in the industry when it comes to passenger cars. It will offer some 400 miles of range, so most people probably won't need more.

Nonetheless, Rivian has revealed that it's working on concepts for charging in remote areas. This makes sense since the automaker is marketing its models as "adventure vehicles." Two such options will be an auxiliary battery pack and vehicle-to-vehicle charging. Scaringe went on to explain:

“We’ve designed the vehicle so you can have auxiliary battery packs. You can also charge Rivian-to-Rivian, which is a neat thing. You connect the two vehicles, and then I could hand you some electrons."

Rivian is surely proving its plans to innovate and offer features that are currently unavailable in other vehicles. At the recent Overland event in Arizona, the company showcased a pull-out kitchen with a cooktop, which can be neatly stored in the R1T's unique gear tunnel.

What do you think of Rivian and its potential for success? Let us know in the comment section below. In addition, visit our new RivianChat forum for more conversation.