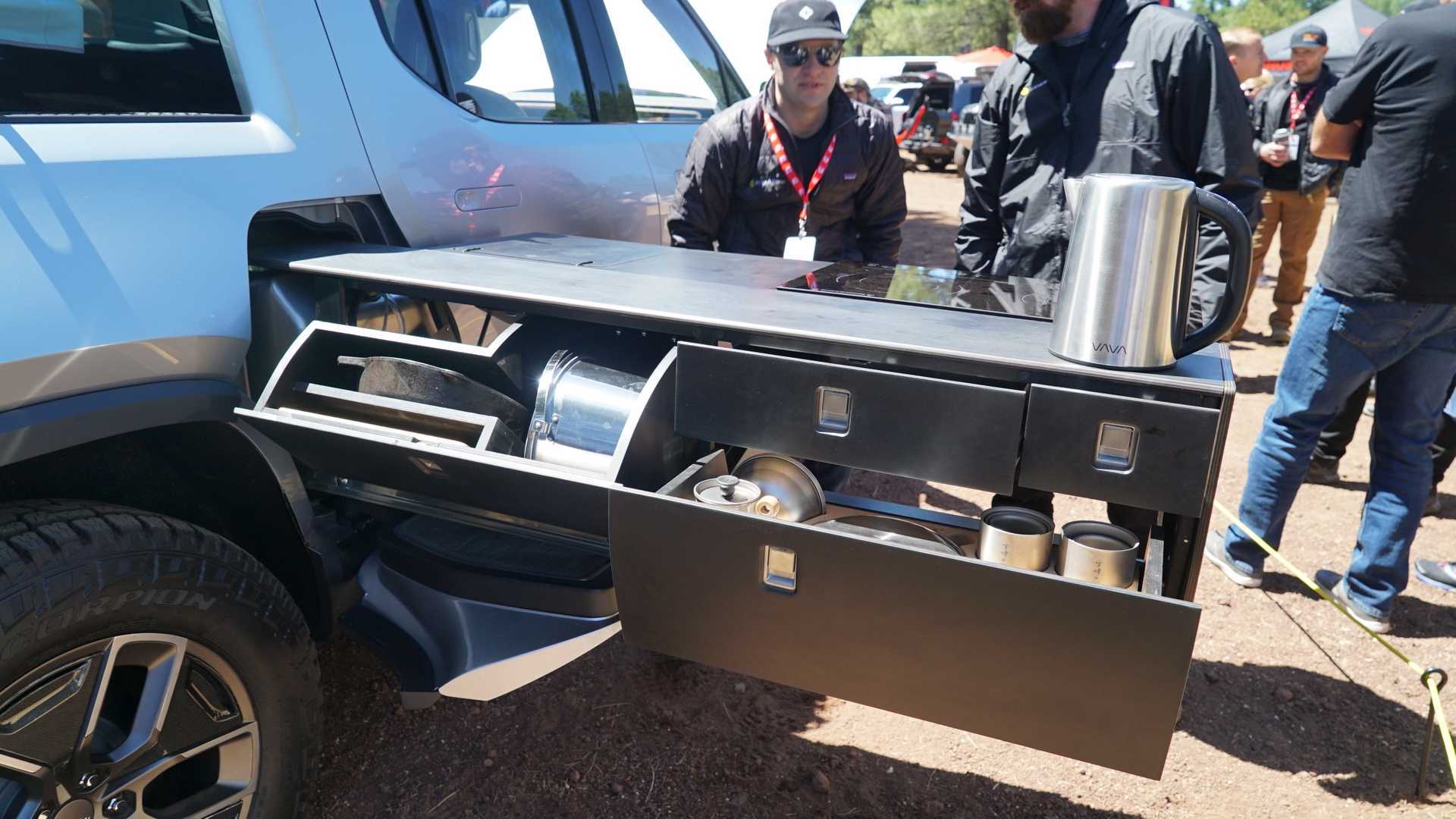 Rivian R1T Pull-Out Kitchen Is Real, Will Be Optional

This makes us wonder what other accessories Rivian plans on cooking up.

We recently shared a few articles with you about the Rivian R1T electric pickup truck's Overland Expo appearance. It was actually the first all-electric truck to attend the event. The R1T in question featured a pull-out kitchen with a cooktop that's powered by the truck's massive battery pack. The best part is it slides in and out of the R1T's innovative gear tunnel.

When we first learned about the unique, Rivian kitchen, we were under the impression that it was just a one-off accessory made specifically for the Overland Expo. However, now, we've learned that you'll be able to order one when the R1T comes to market. This makes perfect sense since Rivian is marketing its offerings as "adventure vehicles."

We’ve cooked up a mobile kitchen prototype that showcases just one of the many ways to utilize the extra storage space in the #R1T. It features 2 induction burners, a sink, 5 gallons of water storage and keeps all your cookware and utensils organized while you're out in the wild. pic.twitter.com/qsVXZUvCw8

Not only is the "appliance" itself pretty amazing and surely very useful, but it also proves to people that the gear tunnel is a solid concept. The pull-out kitchen features two burners, all your necessary utensils, and a sink with a five-gallon water tank.

Keep in mind that many folks are still discounting the Rivian R1T since it's not a traditional work truck with a large bed. However, it offers multiple storage solutions that aren't available on other trucks. In addition to the gear tunnel, it has a frunk and a storage area beneath the rear-seat floor. We can't wait to see what other tricks Rivian has up its sleeve.